For the past couple years I have been designing disc golf discs for Maverick Disc Golf. It’s been a blast and I love throwing the discs that I’ve designed. The last three years I have designed a disc for the Kanza Krush tournament. I’m a big robot fan so I decided to go that route in 2015. The disc was a hit and the robot has now been nicknamed “Franklin”. This year marks the third year so Rob (Maverick’s owner) asked me to do a jump putt version. I usually start with kyle’s Belgium brush on my wacom and sketch out an actual player throwing to help get the stance correct. Then I do a sketch passover in grey by putting the player in a Franklin robot suit. I then add a black layer which I edit to be clean and black. I drop it into illustrator and do an image trace to clean up some of the stray edges which gives me a nice vector image to work with. 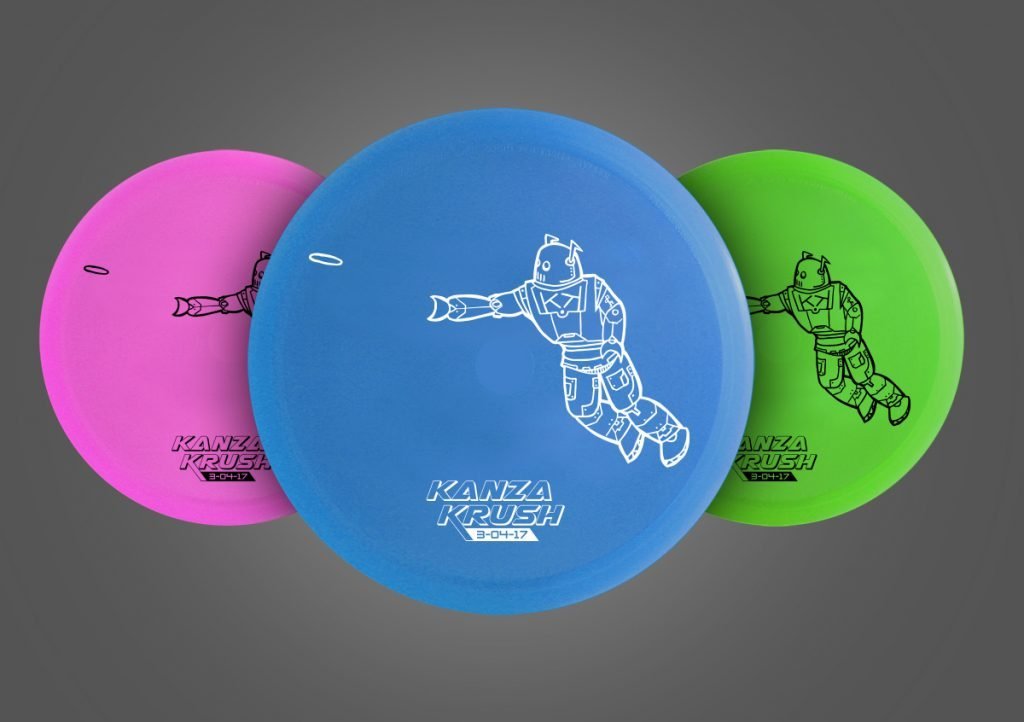 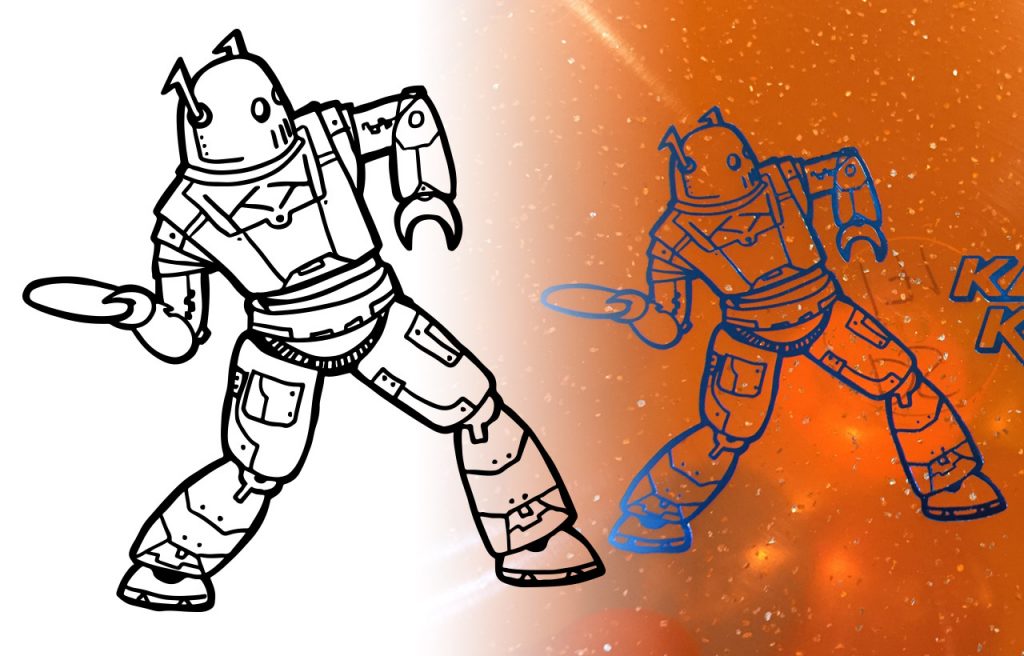